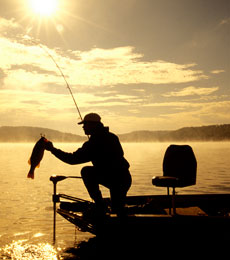 As a grade school and high school student, the borders of John’s notebooks were filled with doodles. As a freshman, he illustrated the cover for the high school year book, a first, and got hooked on design. So when it came time to pick a college program, he selected Commercial Art and stuck with it. Upon graduation, John was drafted for two years, honorably discharged and went out west to work as a whitewater river guide on the Colorado River and rivers in 4 other states. He quit to get a Masters in Graphics, met his wife, get married, and had 3 children. John worked as an illustrator at a screen printing company, as a hand letterer at a Kansas City type shop and finally got hired at Kansas City’s premier ad agency, Brewer Advertising, later purchased by Yound & Rubicam, New York.

After 6 years, he was recruited by Fletcher Mayo Associates (Doyle Dane Bernbach Co) in Atlanta as Associate Creative Director for their major account, Union Carbide. John moved on to Bozell, Inc., then Tucker Wayne Luckie (22 Squared) as ACD and VP on American Cyanamid and eventually to Freebairn & Associates before starting his own business in 2006. That is a lot of clients, a lot of layouts, and a lot of experience on what works and what sucks. Along the way, John has been recognized for his creative ideas with awards in local Atlanta shows, regional and national contests, and articles on his work in trade and consumer magazines. Where else can you get paid to doodle to solve problems and have fun doing it?