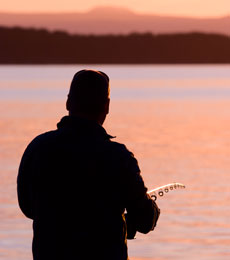 Steve Haviland is a Creative Director & Senior Copywriter in Atlanta with over 25 years of experience building global brands through his strong conceptual work and copywriting that ranges from television and video to print, direct mail, radio, collateral and increasingly, the web.

Steve’s work has been featured for Fortune 500 companies on four continents ranging from Mobil and Shell to BellSouth, PepsiCo, Simmons and Coke. He is a big believer in brand synergy and orchestration – getting all the aspects of your brand to sing in one voice. His work has won many awards in South Africa, where he was elected to the Board of Ogilvy & Mather. Steve’s creative work in the United States has earned him Addy & Show South awards and has been featured in the One Show and Communication Arts “Best of the Year.” Steve and John teamed together at Tucker Wayne Luckie in Atlanta.