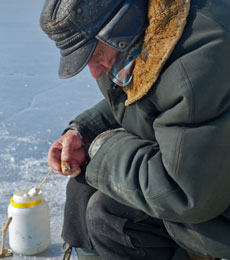 Born in Detroit, Michigan, Don credit’s his work ethic to growing up in the automotive super city of Detroit. His dad worked in the heat of Detroit’s car catalog art business and Don had very little chance of doing anything but art. He designed for and illustration for every Advertising Agency in Detroit, with and with their name changes. For 10 years he owned and operated McLean & Friends, Inc, a 35 person art studio specializing in creative solutions for both the automotive industry and the smaller non-automotive ad groups in Detroit, Atlanta and Chicago. For most of his career, he has fought against the common thinking that Detroit was a “blue-collar” creative town. Don McLean has created many innovative solutions with his out of the box thinking. His visual strengths are logos, icons, spot illustrations and just plain solutions. To this day one of his favorite logos was the Michigan Stags World Hockey Association logo. With three hockey playing boys and a father from Canada, “Hockey is our family’s glue” and “to watch a pro hockey team with your logo on their jerseys is still pretty cool.” His wife Bonnie, and daughter insist on creative non hockey images. Many of the illustrations and logos created by McLean fill our every day, including work for Coca Cola, Little Caesars, Taco Bell, Mazda, Iam’s, Olga’s, Chrysler Corp, Ford Motor Co, General Motors and Farmington Hills Hockey Club (Actually, 6 different hockey associations wear don’s logos)

After 40 years, it makes sense for him to know how to do it, the special thing is knowing what to do first, then being able to go out and do it.